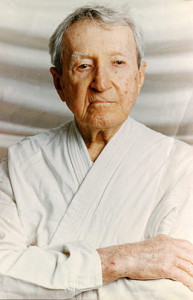 Grand Master Carlos Gracie and the origin of Brazilian Jiu-Jitsu

Some historians of Brazilian Jiu-Jitsu say that the origins of “the gentle art” can be traced back to martial arts in India, and was practiced by Buddhist Monks.

Concerned with self-defense, these monks created techniques based upon principles of balance and leverage, and a system of manipulating the body in a manner where one could avoid relying upon strength or weapons.

With the expansion of buddhism, jiu jitsu spread from southeast Asia to China, finally arriving in Japan where the martial art developed and gained further popularity.

In the last days of 19th century, some jiu jitsu masters emigrated from Japan to other continents, teaching the martial arts, as well as competing.

Esai Maeda Koma, also known as “Conde Koma,” was one such master. After traveling through various countries in Europe and the Americas, Koma arrived in Brazil in 1915, and settled in Belem do Para, where he met a man named Gastao Gracie.

The father of eight children, five boys and three girls, Gastao became a jiu jitsu enthusiast and brought his oldest son, Carlos Gracie, to learn the martial art from the Japanese master.

For a naturally fragile fifteen-year old, jiu jitsu became a method not simply for fighting, but for personal improvement. At nineteen, Carlos Gracie moved to Rio de Janeiro with his family and began teaching and competing in the martial art. In his travels, he would teach classes, and also prove the efficiency of the art by beating opponents who were more physically gifted. At around this time, the “MMA Stye” of fighting was born. In 1925, he returned to Rio and opened his first school, known as the “Academia Gracie de Jiu Jitsu.” 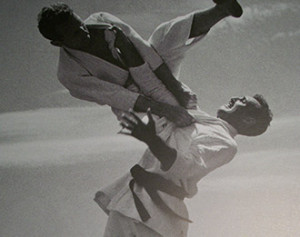 Having created an efficient self defense system, Carlos Gracie saw in the art a way to become a man who was more tolerant, respectful, and self-confident. With a goal of proving jiu jitsu’s superiority as well as to build a family tradition, Carlos challenged the greatest fighters of the time, as well as managing the fighting careers of his brothers. Fighting opponents fifty or sixty pounds heavier, the Gracie’s quickly gained recognition and prestige.

Attracted to the new market, which was opened around jiu jitsu, many Japanese practitioners came to Rio, but none were able to establish schools as successful as the Gracie Family. This was due to the fact that the Japanese style was more focused on takedowns and throws, and the jiu jitsu the Gracie’s practiced had more sophisticated ground fighting and submission techniques.

Carlos and his brothers changed the techniques in such a way that it completely altered the complexion of the international jiu jitsu principles. These techniques were so distinctive to Carlos and his brothers that the sport became attached to a national identity, and is now commonly known as “Brazilian Jiu Jitsu,” practiced by artists all over the world, including Japan.

Since then, Carlos started to share his knowledge to his brothers, adapting and refining the techniques to naturally weaker characteristics of his family. Also, Carlos taught them his philosophies of life as well as his concepts of natural nutrition. Eventually, Carlos became a pioneer in creating a special diet for athletes, “the Gracie diet,” which transformed jiu jitsu into a term synonymous with health. 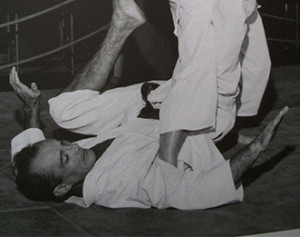 After Carlos retired from the ring, he managed the fight careers of his brothers and sons, continuing to challenge fighters of all styles throughout the world. His sons, grandsons, brothers, nephews, and students, who have consistently demonstrated the superiority of the Gracie style in real fights and minimum-rule matches in rings throughout the world, have continued this tradition of open challenge.